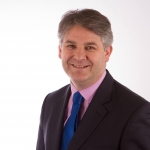 Philip Davies is the Conservative Candidate for the Shipley Constituency. He was first elected in 2005, unseating the then Labour minister Chris Leslie, re-elected in 2010 with a majority of nearly ten thousand, and then most recently re-elected once again in 2015 with another majority of just under 10,000 and achieving 50% of the vote for the first time.Philip speaks frequently and fearlessly in parliament, and is well-known as a champion for his constituents, as an independent voice in parliament and as an opponent of political correctness.