Political truth - escorted by a bodyguard of lies? by Cllr Mike Pollard

Political truth – escorted by a bodyguard of lies?

Ever since the Brexit referendum, cries of ‘liar’ seem to have assailed our ears from all sides, but frequently with little sound foundation. Nonetheless perhaps we should have a look.

Let’s start with the Big Ones – the Big Red Bus ‘lies’. ‘We send £350 million a week to the EU’ it claimed. That sits in the area labelled ‘careless but understandable inexactitude’ rather than ‘lie’. If the UK got a Budget ‘rebate’ from the EU the claim would be actually true. And for 30+ years politicians and commentators, of all political hues, have referred to the ‘rebate’. So the inexactitude has good provenance. However, we don’t get a rebate, we get an abatement – the deduction from our gross contribution is made at source – it doesn’t come back through the Channel Tunnel in truckloads of used Euros. So the Big Red Bus merely perpetuated an error rather than perpetrated a lie.

Then, of course, there’s the thing it said about the NHS, which was, as we all must know, the clinching, big, villainous, Leave lie. However, if we do indeed all know that then, regrettably, I fear none of us can read, or at least comprehend nuance. “Let’s fund the NHS instead” said the Big Lie, proposing the alternative destination for the erroneously inexact £350 million per week. That wasn’t a lie of any sort, let alone the Big One. It was simply an utterly meaningless non sequitur. It is self-evident fact that we do fund the NHS, so what’s the ‘instead’ all about? I agree everyone seems to have clearly failed to apply a moment’s logical thought and, indeed, the notion that we would brainlessly hurl the entirety of our post-Brexit EU contribution savings at the clunky, less than efficiently managed, leviathan that is the NHS, would be profoundly foolish. However, we must be absolutely sure of our ground if we are to affix sticky labels marked ‘liar’ to the Big Red Bus. You must read the words exactly; drawing your own conclusions from what they might or might not infer, in the light of their being obviously meaningless drivel, doesn’t pass the test. Creative, almost invariably tending to mislead and a bit cleverly naughty, but not even an assertion, by grammatical construct, let alone a lie.

So that’s the Big Red Bus problem sorted. Now let’s come right up to date. What was the big lie this time? Was it something Boris allegedly told Her Majesty that led to the dramatic Supreme Court’s verdict on the prorogation, or was it the one that emerged in Mr Corbyn’s foam flecked shouty bits in the Commons chamber and carried on in united raucous refrain from all sides on the Opposition benches? It was of course the latter. “The Prime Minister has acted illegally, he has broken the law” they all cried. Well that’s the lie. He had not acted ‘illegally’ because at the time of the alleged commission of the act in question there was no law to break. He was found to have acted ‘unlawfully’, which is subtly but importantly different, but of course in these febrile days subtlety doesn’t get much of a look in. The prorogation was found to be unlawful by virtue of, post facto, the Supreme Court having manufactured a precedent creating development in the Common Law. And the dangerous and stupid judgement did not seek to ascribe motive, which is probably just as well, because doing so would have rendered the verdict explicitly stupid rather than just implicitly so! If Mr Johnson’s motive had been thought to be malign, perhaps the Court wondered why the prorogation date was not set so as to cut off the oxygen at source from what became, relatively unhindered, the Surrender Act 2019 and, realising there was no leg to stand on in this regard, wisely chose to sweep a little rubbish under the carpet.

I suppose I have to apologise to Mr Speaker for labelling the European Union (Withdrawal) (No.2) Act 2019 in this way. In the mind of the pompous objectionable person unfortunately sitting in the Commons Chair, this is apparently ‘inflammatory’ (whereas apparently the Shadow Chancellor of the Exchequer repeating a call for the lynching of Esther McVey isn’t). However if I’m hauled off to the Bar of the House to apologise by Mr Bercow, I don’t think that would improve matters. I can assure you (and him) that I could come up with something much more spectacularly expletive and unparliamentary than ‘Surrender Act’. 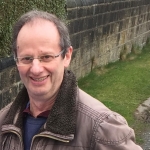