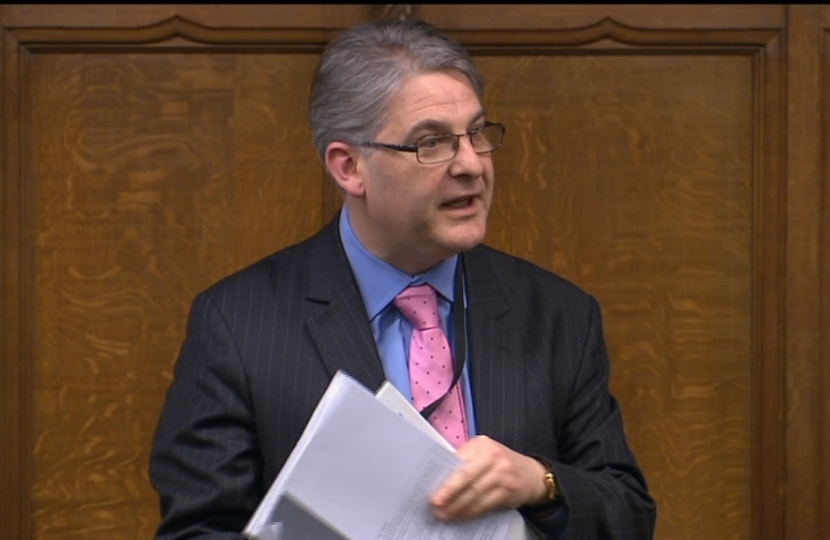 “I am dismayed at the announcement of a new national lockdown which will come into force on Thursday 5th November following a vote by MPs. My constituency has been in some form of lockdown since July, the only result of which has been to damage the local economy and people's livelihoods uneccesarily. I cannot support further restrictions or a national lockdown and will be voting against it in Parliament on Wednesday.

"I have no faith in the people in the Department of Health and Public Health England making these decisions and I don't think my constituents have any faith in them either.

“I will continue to oppose these arbitrary restrictions that have no scientific basis behind them and only serve to restrict people’s freedom, ruin people’s lives, seriously affect people’s mental health, collapse the economy and destroy jobs.  Collapsing the economy is never the right solution to any problem.

“You can’t mitigate the shutting down of businesses, with the inevitable job losses – and further down the line, house repossessions - by the government throwing further billions of pounds that it doesn’t have at a problem they are causing themselves.

"It's an outrage and I'm sad people will be put out of work because of decisions cooked up in Whitehall. The people whose lives they are ruining get no say at all."

"This is to control a virus with a mortality rate of 0.7 per cent, which means that 99.3% of people who catch coronavirus will survive it.  Even those people who have reached the age of life expectancy in this country who catch it still have a 90% chance of surviving it.  Those numbers do not justify collapsing the economy at all.

“None of the people making these decisions are offering to sacrifice their own jobs, but they are expecting millions of others to sacrifice theirs to continue to pursue their failing strategy.  I have asked Ministers and Public Health England how many job losses and home repossessions are a price worth paying to keep pursuing these policies but I am yet to receive any sort of answer.

“What the government should be doing instead is to place their trust in the common sense of the British people. The government should remind people of what is important – social distancing and washing hands regularly – and then warn those who are most vulnerable to coronavirus – people over 70, ethnic minorities, those with underlying health conditions and those who are obese – and then let people manage their own risk, and keep the economy going. As a Conservative I believe that individuals make better decisions for themselves, their families and their communities than the state makes for them, and I will continue to argue for common sense to prevail.”