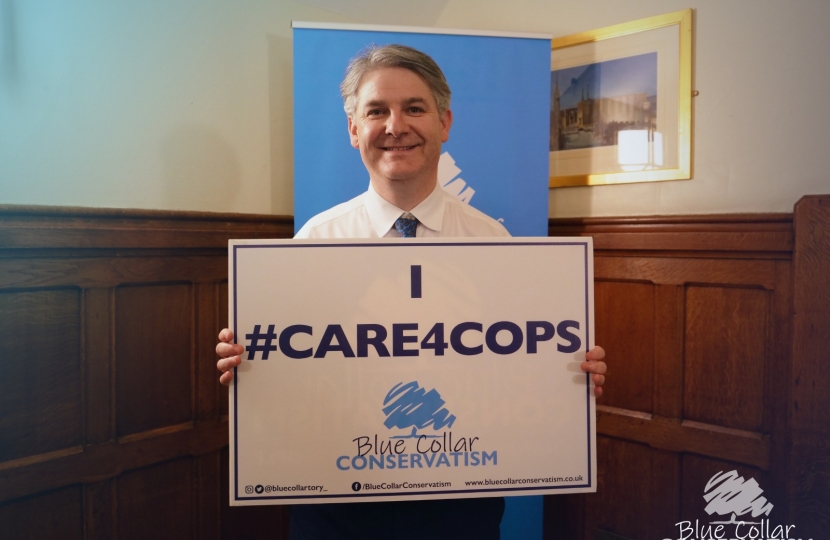 AN MP has warned Boris Johnson he must be tough on crime and restore public faith in the criminal justice system – claiming there is now “no excuse” given the Conservative Party’s majority in Parliament.

Shipley MP Philip Davies said being in coalition with the Lib Dems from 2010 to 2015 and Theresa May losing her Common’s majority after the snap 2017 election hampered tougher measures being introduced but now was the time to act and deliver for the public.

He said: “We did not have a majority to do those things and people are not stupid they understand it makes it difficult for us to do that, We no longer have that excuse, we have a majority of 80 in Parliament and we need to be cracking on with these things and making sure we are toughening up sentences and making sure prisoners serve their sentences in full. We have a fantastic Home Secretary who believes in these things so there is no excuse for us not to be cracking on with these things.”

Mr Davies made the comments during a Q&A session at the Blue Collar Conservatism conference, in response to a viewer urging Government to stop talking about crime and instead act.

The conference which runs all week features different issues each day and pre-filmed videos from different parts of the country, talking to local people and businesses about issues that matter to them. Last night Keighley featured with MP Robbie Moore setting out his concerns over crime as well as telling viewers how a father had come to him in tears recalling how his 13 year old son had said he wanted to be a drug dealer as he would earn a lot of money.

Discussing the issue at the interactive session Mr Davies said if criminals were behind bars and stripped of all assets it would send a strong message to children believing a life of crime pays.

He said: “It is very sad when peoples’ aspiration is to be a drug dealer, they may be on a poor estate, may look at someone who is driving a flash car and think I want some of that what do they do, and drug dealing is what they are doing. The only way and best way to counter that is for that person to be in prison for a long time, to have all their assets confiscated, so that there is nothing there for someone to aspire to, they have no freedom and no money because it has all been taken away from them.

Other issues discussed included sentencing and Mr Davies re-iterated his plea for Government to introduce a sentence escalator which would see a person’s punishment increase each time they committed a crime.

Despite Government rejecting calls over the years from Mr Davies, it has recently adopted the scheme in relation to Covid whereby fines increase for every breach, and Mr Davies hopes it will reconsider and introduce the punishment for crimes.

Mr Davies was joined at the Q&A by Tatton MP Esther McVey, who heads BCC in Westminster and Morley and Outwood MP Andrea Jenkyns.