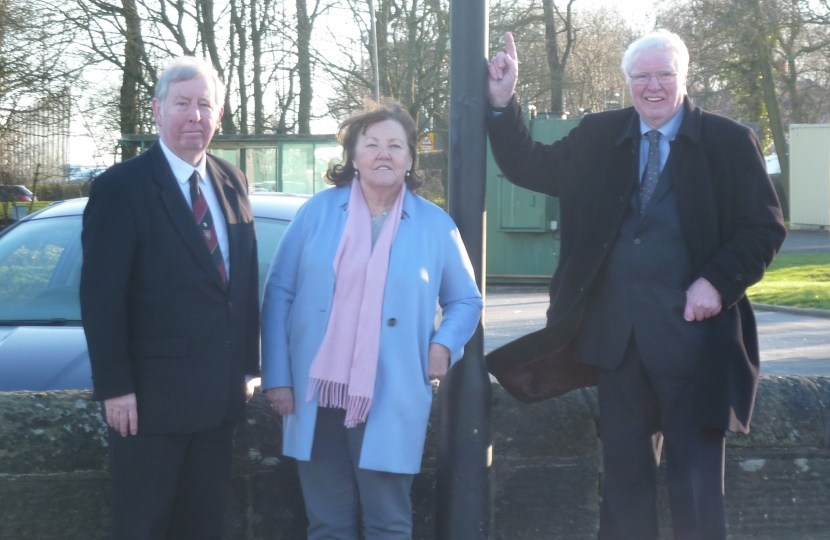 We wish to thank you and your families for your acceptance and compliance with the Government’s guidelines on the Coronavirus pandemic. We hope that you and your loved ones are staying safe, and we want you to know that if we can help you in any way please contact us directly using the details below for Dale, Gerry and Jackie or if you prefer:-

An Update on issues affecting our villages

Dale Smith, Philip Davies MP and Jackie Whiteley spoke with representatives from Network Rail to discuss options for a new lift system at Menston Station.  Work will now begin on designing a new bridge to be erected in the same place as the existing bridge but with the addition of lifts on both platforms to enable full access for all.  We are pushing for the work to be completed by the end of 2022 subject to planning permission.

Improvements to the pavements and crossing outside Menston Primary School.

As a result of our campaigning we are given to understand that Bradford Council has agreed to fund the work estimated to cost around £30,000 with a contribution from Menston Parish Council of up to £10,000.  It was hoped that work would be completed during the summer break, however, Covid-19 related work across the District will mean the work will be done after further consultation and as soon as possible during the next twelve months.

Gerry, Dale and Jackie have objected to Leeds Bradford Airport’s planning application on the grounds that whilst a new terminal building in itself may not be a bad thing that by including a clause asking to extend the flying hours without any consultation amongst Bradford Councillors, or indeed the residents most affected, that the application should be referred back to LBA to split the two elements so that proper consideration can be given to the potential effect of noise and pollution on Bradford residents. 75% of all flights come over the Burley and Menston. Jackie asked Bradford Council, as Statutory Consultees, to back this request.  At the time of writing we have not received an answer.

UPDATE Bradford Council has not supported Jackie's request and has given full support to the the airport's application. This shows the Council has not listened to our representations and has, once again, ignored the outlying areas of the District.

49 houses behind St Mary’s Church in Burley in Wharfedale.

A number of residents bordering the proposed development were sent a leaflet showing a plan to build 49 houses on the green belt, in the Conservation Area and where there are listed buildings. The developer was asking for feedback.  Jackie asked Bradford Council planning officers if there had been any pre application discussions with the developer. She was told there have been none. We will continue to oppose development in the green belt.