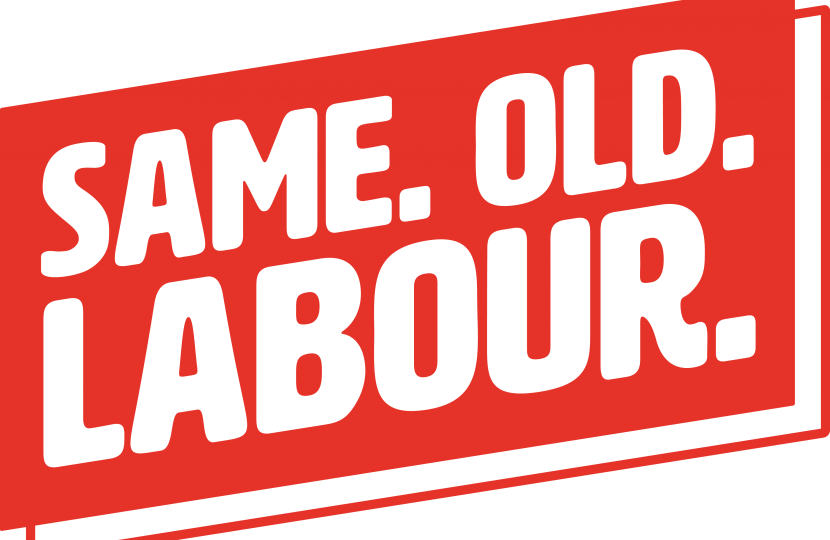 Last Thursday Labour voted to increase your Council Tax by the maximum amount of 4.99% to fund inner-city vanity projects such as One City Park and Darley Street Markets and to give an "unrealistic pay increase" to Council workers. Is this value for your Council Tax if you live in the Shipley constituency?

Despite the Conservatives voting against Labour's budget, and proposing a fairer deal that would provide maximum support at a difficult time for all Council Tax payers, Labour's budget passed and now means that residents will have to pay £58-£175 more per year depending on Council Tax band, excluding any relevant local Parish/Town Council precept."

Labour's budget is an insult to all residents in the Bradford District who have had to put up with so much this year. It shows Labour for what they are: a Party determined to raise taxes by as much as they can, and then squander the money in the inner city, thereby neglecting wards in the outer areas such as Baildon, Bingley, Bingley Rural, Shipley, Wharfedale and Windhill & Wrose.

Baildon Councillor Mike Pollard, designer of the Conservative Budget, responding to the Council Leader’s accusation that his tightly costed and targeted proposals, leading to need for a Council Tax increase of only 1.5%, amounted to ‘sleight of hand’ involving a £4 million per annum structural loss of revenue for Council Services, said: “if it was sleight of hand, I didn’t need the skill of Bradford’s favourite magician Dynamo to pull this particularly tame rabbit out of my hat! Labour’s budget provision for a 2% pay rise for Council employees, in defiance of the Chancellor and in the context of widespread Covid related hardship and job losses in the District, creates an ongoing annual structural cost to the Council of £3.5 million. My proposal for cutting Labour’s Council Tax increase by more than two-thirds would indeed lead to all of £500,000 difference in a budget exceeding £380 million. Gosh, that’s tricky – half a million gap would mean that the Council’s available reserves would be swiftly exhausted – in fact in as little as 350 years! Furthermore, if the Council Leader thinks I’m being rash in creating this nominal revenue gap, bear in mind that saving the annual revenue cost by not proceeding with the £50 million capital plans mentioned by my colleague Cllr Davies, would fill that gap more than 3 times over.”

Cllr Dale Smith (Wharfedale) said "We reject the nearly 5% increase proposed by Labour to fund an unrealistic pay award and grandiose schemes in the City Centre rather than bolstering the myriad of small businesses across the District.”

Cllr Naveed Riaz (Bingley Rural) commented: “We are living in strange times. I, along with my colleagues, voted against the Council Tax increase. While the Conservative Government has provided financial support to businesses and individuals affected by the Coronavirus pandemic at a time of need, the Labour Party in Bradford has placed a financial burden on every household. Thank you Labour, much appreciated.”

Cllr Debbie Davies (Baildon & Deputy Conservative Group Leader) said “We have found little support for Labour's plan to spend over £50million on Bradford’s One City Park and the Darley Street Market as there is no doubt that people’s working and shopping habits have altered due to Covid and there is evidence to suggest these changes will continue even after all the current restrictions are lifted. We don’t think now is the time to be taking speculative financial gambles when so many of our district’s residents are struggling, having lost jobs and businesses due to the pandemic.  Let’s put them first by keeping Council Tax as low as possible whilst focusing on essential services.”

It is time for change, send a message to Labour dominated Bradford Council and Vote Conservative in May.

Transport Secretary Grant Shapps on building a railway fit for the future.