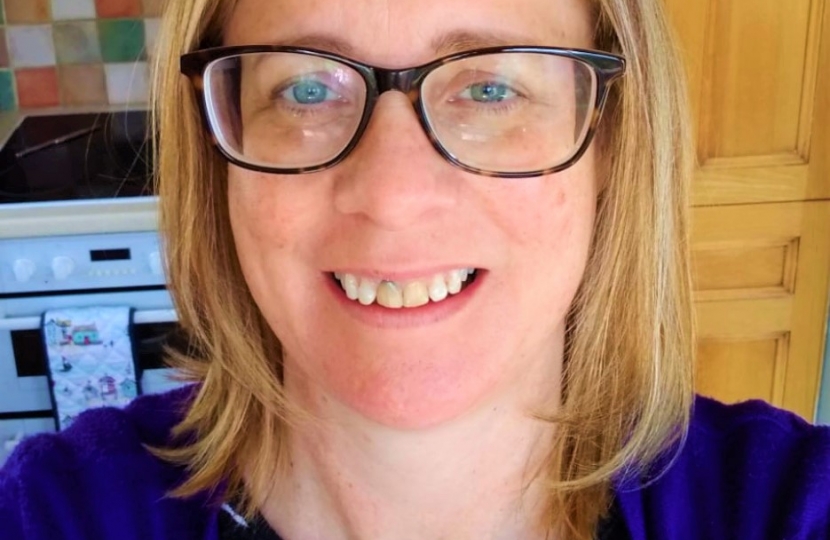 Cllr Debbie Davies (Baildon), Deputy Leader of the Conservative Group delivered the below speech at the Full Council meeting on Tuesday 13th July 2021

I’m sure that cleaner air across the district is something we all aspire to for health reasons as poor air quality is estimated to cut 6 months off average life expectancy for people living in affected areas.

However, where we differ is how best to achieve this aim.  We think it is unwise to bring in a charging Clean Air Zone which could well push the air quality problem elsewhere, lead people to take longer journeys so cause more pollution plus at the same time damage Bradford’s economy and therefore impact negatively on local jobs.

Clearly Covid has naturally reduced traffic levels as more people work from home and although the Labour amendment claims traffic is back to pre-Covid levels I haven’t found anyone who believes this is the case as it is noticeable that car parks are far emptier now and apart from roadworks and accidents journeys through the proposed Clean Air Zone area are far quicker and smoother.  A spokesman for the AA recently said there had been a higher driving test pass rate partly due to the roads being quieter.  Also, there was a time last year when practically nobody was using public transport so that could have meant more cars and taxis on the roads but train and bus timetables are returning to normal and we also have lots of new cycle lanes so hopefully more people will choose to cycle into work.

Many businesses have announced that moving forward they will continue with home working or more flexible working which has been found to suit many employees and save on office costs for employers so this has to mean fewer cars on the roads.

In addition to the impact from Covid there has naturally been an increase in cleaner, greener vehicles as people replace older cars, vans and lorries with newer versions.  80% of HGVs in West Yorkshire are now estimated to be compliant with the required standard and there has been considerable investment to make all buses compliant whilst sales of electric cars continue to rise rapidly.  In the first half of the year nearly 74,000 new battery powered cars were registered – more than six times the figure from the same period in 2019.  This has to have a positive impact on air quality and this pattern is likely to continue as confidence grows in electric cars and prices hopefully come down.

There are of course other measures that are being taken locally for example with the Council purchasing electric vehicles for their own use and installing more charging points.  There is also the Bradford-Shipley route improvement scheme due to begin next year which is intended to reduce congestion and improve air quality so if that achieves its aims that should negate the need for a Clean Air Zone in this area.

All this is already happening before we even move onto the availability of grants to encourage businesses and taxis to become less polluting.  These incentives are reportedly being well received.

The Government’s Clean Air Framework clearly states: “In implementing a CAZ local authorities will need to consider the impact on local residents, and the need for any mitigating measures.  They will also need to take action as necessary to support growth and protect the economy of their local high streets and town centres, whilst ensuring that their CAZ proposals will not result in the displacement of the most polluting vehicles away from town centres to surrounding areas.”  We are not convinced this has happened and we fear that the introduction of the charging zone will lead to extremely damaging unintended consequences.

It risks freight operators moving out of Bradford which would impact negatively on the local economy, or it could cause them to take different routes harming our smaller villages and towns which have roads far less suited to heavy traffic and are closer to residential properties.  Or operators may choose not to deliver to Bradford at all due to the increased costs which again harms the economy or increases charges for Bradford customers.  None of these options are positive for the district and especially given no other local authorities in West Yorkshire have a clean air zone if it goes ahead it will act as a disincentive for businesses to locate here or expand their businesses because of these increased costs.

And what about the hundreds of small businesses who rely on vans to operate.  I have spoken to several people who run small businesses where their van is absolutely crucial but often it will be several years old.  Even with the grants offered they wouldn’t be able to afford to upgrade their vehicles, they are busy with the practical side of their business and frankly many aren’t aware of the need to apply for grants or exemptions which takes valuable time.  One small businessman I spoke to is based in the Bradford district but does the majority of his work in Halifax.  He currently only goes into Bradford to buy materials and he said to me he will change suppliers to avoid entering the clean air zone.  If that behaviour is replicated across the district that is going to have a massive impact on the businesses within the proposed zone.

There are a large number of vehicles which travel through the proposed zone which aren’t registered in the Bradford district so these won’t be eligible for grants or exemptions.  But where are these vehicles going?  Probably to deliver supplies to businesses and residents in the district so if they have to pay a daily charge they either won’t be delivering to the district, costs will go up for customers or they will use a different route.

As ward councillors we are probably all contacted by residents concerned about drivers using minor routes which are less suitable for heavy traffic with concerns about pedestrian safety and pollution in residential areas. Certainly in Baildon we are constantly working with Highways Officers to try to address these concerns for example through blocking off roads, introducing speed restrictions, speed bumps and other measures to try to move traffic onto main arterial routes and yet this CAZ will encourage drivers to use these very roads to avoid paying the charges if their vehicles are non-compliant.

Turning to the amendments from other parties – we agree with a lot of the Green amendment, particularly in calling for the Council to be more proactive and to show leadership in using cleaner vehicles wherever possible but as it supports the Clean Air Zone as is we will not be voting for this.

The Labour amendment says that the government requires Bradford to introduce a Clean Air Zone but the government’s Air Quality Plan leaves the responsibility for the details of this plan to the local authority.  So long as a local authority’s clean air plan does enough to reduce Nitrogen Dioxide as quickly as possible, then it is up to councillors to decide whether that plan includes a Clean Air Zone; whether that Clean Air Zone is charging or non-charging; the boundaries of that CAZ; and the policies that apply within it.  It is the Council’s plan – yes the directive comes from the government to improve air quality and yes they have agreed the plan but the area of the zone and the level of the charges set has come from the Council.  I think we need a bit more openness and transparency on this as the Labour group seem to be distancing themselves from any responsibility for introducing the Clean Air Zone.

We also think it is misleading to use the quote “one in five children in Bradford has a wheezing disorder” to support the creation of this charging Clean Air Zone as I know from personal experience these can be caused by many other issues apart from air quality, for example parents smoking and many children get better naturally and wheezing doesn’t develop into Asthma.  Also, there is no guarantee this figure will improve especially if we move the air quality problem to elsewhere in the district.

We accept that the funding deal for upgrading vehicles is very generous but this is another reason not to introduce a charging zone as if these incentives are so good then people will naturally want to upgrade their vehicles whether there is a clean air zone or not.

The Labour amendment calls for non-compliant taxis to be charged £7 per day instead of the agreed £12.50 charge per day and obviously if the charging zone goes ahead we would agree with this but the £12.50 figure must have originally come from the Council so why was it ever set at such a high level?  Other councils are charging far less, for example Birmingham’s figure is £8 and Greater Manchester’s plan is to defer any payments for taxis for the first year of their proposed Clean Air Zone and then it will be £7.50.

Taxi drivers have been given just five months to change their vehicles to be compliant wich the CAZ proposals and yet no grants have yet been issued.

We would also support the call to invite the Government Minister to visit and for the air quality monitoring data to be published but we won’t be supporting the Labour amendment as the whole purpose of us bringing our motion to Full Council is to challenge the Labour approach on this issue.

Turning to the Lib Dem amendment this is broadly in agreement of our own and we will support this.

In summary, we support measures to improve air quality across the district but we would like to see more openness about the current air quality figures, how these compare to the figures taken in 2018 and given the changes post Covid and natural progression towards cleaner, greener vehicles plus the use of grants to upgrade vehicles why can’t we follow the example of many other councils in going back to the government with new proposals that will achieve cleaner air but without all the damaging consequences of introducing a charging Clean Air Zone.

We urge you to support our motion, thank you.

Unfortunately, the Conservative Group's motion was voted down by the Labour-dominated Council who voted to press ahead with their Clean Air Zone charges with little consideration for the District's small businesses, taxi drivers and van drivers.

Professor Swaran Singh has agreed to conduct a one-year review of the Party’s progress on implementing his recommendations.