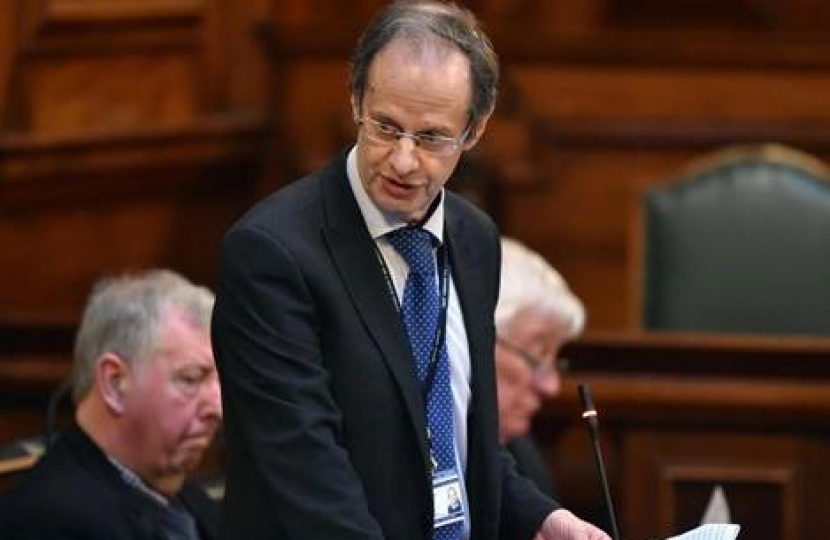 Cllr Mike Pollard, Shadow Executive Spokesman on Finance, delivered our Amendment which, in summary, was a combination of modest but significant mitigations in respect of service cuts, accompanied by modest new investment, responsible acknowledgement of key pressures in Adults and Children’s Social Care and a 1% reduction in Labour’s basic Council Tax increase.

Households are facing Council Tax increases way in excess of inflation. The Conservative proposal yesterday was for the main District Council Tax to increase by 1.99% rather than 2.99%.

The Labour group accused us of being irresponsible for building a structural loss of Council Tax, amounting to £1.9m on an ongoing basis. That is indeed a mathematical certainty but only one buried in a whole host of variables.

One key variable is the perennial underestimate of Tax Base growth. It is undeniably ‘prudent’ to have a fixed assumption of annual growth equal to 750 Band D units, but it’s also happily invariably wrong! Just 2 years ago the Band D tax base for 2019/20 was assumed to be 137,752 for Budget projection purposes. The reality (142,200) will produce £6m more in Council Tax receipts than the assumption made just two years ago.

Unfortunately, and inevitably Labour’s Budget was passed without our Amendment, but the Conservatives will continue to fight for you and hold the Labour Council to account.

Today is the day. I cannot overstate the importance of this election; your vote is crucial in deciding which path this country takes.